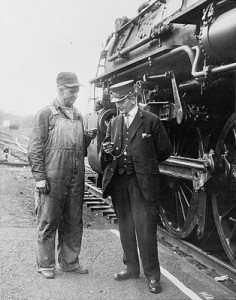 A pocket railroad watch was required for everybody that worked on the rails. The reason for this was that these people needed to accurately know the time of day in order to avoid accidents. If just one person did not know what time it was, they could end up causing an accident by making a costly error on the tracks.

If it were not for the pocket watch there would have been many more accidents on the rails during these times. Even though it may seem like these watches could not have been important, you have to remember that they did not have the technology a hundred years ago that we have today.

A pocket watch is a great antique to have in today’s day and age. In fact, if you have one of these you may be able to sell it for a few dollars. There are many people that love to collect these watches, and would be willing to buy yours. The pocket railroad watch made its mark in history, and is still popular among antique enthusiasts today.